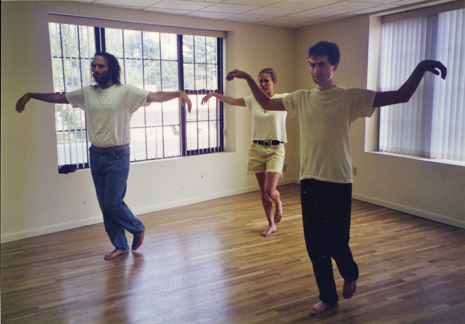 Personal statement:
In 1988 I met a woman who had recently come back from The Peoples’ Republic of China where she had met a Chinese woman named Chen. Chen had been diagnosed with breast cancer. She had heard of women who had been cured of breast cancer through the practice of Soaring Crane Qigong, and so she sought out its Master to learn from him. She learned, she practiced and she recovered. My new friend invited Chen to come to the United States, and in gratitude, Chen taught her Soaring Crane Qigong.

I met this new friend just before she brought Master Zhao to the United States to teach classes in Soaring Crane Qigong, and I signed up to take both the basic and the advanced trainings.

Two years later, I flew to China to attend Master Zhao’s first International Symposium for Soaring Crane Qigong in Luoyang. There I took a second advanced class from him, and was certified by him as an Instructor.

In 1993, I returned to China for further studies in Qigong. At that time, Master Zhao promoted me to the rank of Teacher.

Since then, I have taught classes in the United States.

By teaching Soaring Crane Qigong, I can teach my clients to take care of their own energy fields, for by practicing the Five Routines daily, one can keep balance in one’s field and promote a state of vibrant health.

QIGONG
Pronounced “chi kung”, it is an ancient and widely used Chinese technique for bringing vital energy into the human body. “Qi” means vital energy or life force, and “gong” can be translated as “skill”.

There are three sources of Qi.
The first is inherited from your parents. This qi usually lasts into middle age. Those who have not replenished it in some way tend to fall ill or age quickly. The second source is the food you eat. The third source is the Universe. This qi is taken in by breathing and by other ways both conscious and unconscious. Qigong techniques are designed to consciously harness and direct qi from this third source.

The first level of Soaring Crane Qigong is called The Five Routines. These are a series of gentle and graceful movements, each with a corresponding mental focus point, making the routines like meditation in motion. One learns to guide and control the flow of qi as it enters and circulates throughout the body. These five routines take about 25 minutes to do.

Qigong benefits both mind and spirit
As the qi is directed to flow through the body, it pushes through disease-causing blockages in the meridians. In a healthy person, qi is gathered and stored in the three dantiens (energy centers in the belly, chest and head), and the free flow of qi through the meridians leads to increased awareness which can manifest itself as creativity, intuition, greater intellectual ability, contact with cosmic energies, opening of the third eye, and out-of-body experience.

The history of qigong in China
Qigong has been practiced in various forms in China for about five thousand years. Masters of the art were often secretive and competitive, and many of the techniques were difficult to learn. During the Cultural Revolution (1966-76) qigong was regarded as superstitious, reactionary and anti-revolutionary. Masters were persecuted and hounded into hiding. Now, however, the government supports qigong research and gathers data on the effectiveness of qigong as a healing tool. They have documented many thousands of cures of serious illnesses using qigong.

Master Zhao and the Development of Soaring Crane Qigong
In the early 50’s, a young man named Zhao Jin-Xiang, who had been frail and sickly throughout his youth, became seriously ill with tuberculosis. He was sent to a sanitarium where he was treated with a combination of traditional Chinese medicine, western medicine, and a form of qigong meditation. He recovered and went on to become a pharmacist and a doctor of traditional Chinese medicine. Convinced that it was the qigong that had cured him, Zhao began to study qigong seriously. A great master, believing that Zhao was destined to be a gift to mankind, taught him one of the forms of qigong and encouraged him to seek out other important masters hidden in mountain monasteries throughout China. Zhao visited them over the years, studying with each, learning their techniques and special skills. With time, he himself became known as a powerful healer. When he found himself unable to treat the extraordinary number of people who came seeking a healing from him, Master Zhao decided to teach people how to heal themselves.

Zhao felt it was important to develop techniques that were easy to learn and that brought results in a short time. He tested, refined and combined techniques he had learned from his masters in ways that made them more effective. He called his system “Soaring Crane Qigong” because it imitates many of the movements of a crane – a symbol of longevity, admired for its peaceful and loyal nature by the Chinese people.

Zhao’s first students (in 1979) were nine seriously ill men, several of whom were not expected to live long. All regained excellent health and became the first Soaring Crane instructors. Now, over 20 million Chinese have learned Soaring Crane Qigong.

Since qi is a gift from the Universe, Master Zhao feels that it is to be shared with all people. Therefore, he traveled to the United States in 1988 and offered classes in Soaring Crane Qigong. He returned in 1991 to give additional classes.