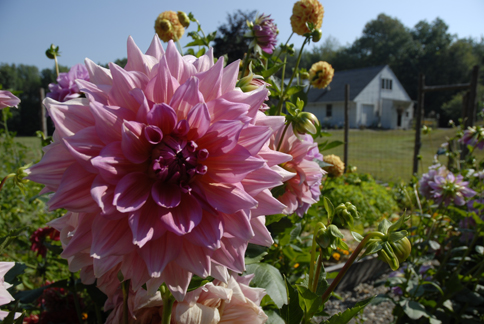 Personal Statement
In 2005, while attending the Diamond Heart All-School retreat in California, my personal Diamond Heart teacher introduced me to Charles Ridley, the originator of Dynamic Stillness, an advanced form of Craniosacral work. She felt that Charles’ work offered an amazing complement to the work of spiritual realization that we were doing in the Diamond Approach. I had a session with Charles and a session with an associate of his, and then, for the next year and a half, I had monthly sessions with a practitioner in New York City. My personal experience was that as each session progressed, I moved into a deeply altered state of consciousness, sometimes losing consciousness all together.

This is a statement I wrote in October 2005 after having a session:
When the practitioner held my left foot, I felt a rather massive flow of energy up my left side and into my head. For a while, I felt a tremendous pressure in my head, and then I lost the top of my head. I was open. This continued to be true as she held my right foot. After a while, I became aware that I was gazing at the universe – like a night sky – through the top of my head. When it occurred to me that the top of my head was open and that nothing was preventing the universe from coming in, it came in, and then I found myself on the outside looking in. The “night sky” was inside my transparent form, and there was nothing on the outside except me. I had no form. I was everything except the night sky inside the form. After a while, I disappeared. I had no experience of any kind. This became evident only as the non-experience ended. The apartment owner’s cat gently scratched on a door, and it brought me back to a sense of self. In looking back towards where I had been, there was nothing. Later, when the practitioner’s hands were under my back, I was in a more non-descript space. It was light, but there were no forms. Thoughts of my grand children went through my head, and I “saw” them as blobs of gold light that came towards me and lingered a while until they dissipated.

This is a statement I wrote in November 2005 after having a session
Before my session, I sat in my car reading Henry Corbin’s book A Man of Light in Iranian Sufism. Several things I read affected me and stayed in my field of awareness. When the session began, and the practitioner touched my feet, I relaxed and soon found myself in a gothic cathedral, moving toward the transept. The space above the transept was very high and I began to go up. It was like flying dreams I had as a child. In those dreams, I would move up or sideways merely by thinking the direction. I went up to the roof, but by the time I got there, there was no roof. I was swimming in colored light. Something (me) was moving like a dance in the light. I was the light. There were many colors. I noticed that my movements were synchronized with the movements of the practitioner’s hands on my feet. When she stopped moving her hands on my feet, I experienced a shift – I became the space in which the movement was happening, less aware of the movement, more aware of the endless space itself. I noticed that the space was made of infinitely fine particles – smaller than sub-atomic particles. I could feel the fineness. Everything turned basically beige for a while, then everything was dark, though I could still see the particles in the darkness. Then a light came on in the room noiselessly. I noticed that the light did not overwhelm the darkness, nor the darkness overwhelm the light. There were light particles equally present with dark particles, all making an endless intricate design or parquetry. Then the practitioner removed her hands from under my back and turned off the light, “click”. (It had come on by accident.) When she then put her hands under my head, I noticed the feeling of pressure in my head which I had noticed when I first lay down. After a while, the top flew off my head and the pressure disappeared. When the top flew off my head, I became filled with black light. It was outside and inside and I was not at all sure that there was any boundary between outside and inside. And then we were done. I was very interested to contemplate how things in the environment did not interrupt the experience I was having, but became fully a part of it – “my experience” was happening both “inside” and “outside” my “self”. And I was interested how the reading I had done before the session participated in the space of my imaginal world.

Becoming a practitioner
In 2007 I participated in a year long training to become a practitioner of Dynamic Stillness. I was trained to release my own agenda, and to clear and balance my own energy field in order to hold a perfectly neutral state before touching my client. I learned to experience the different cranial rhythms without trying to affect change in them, rather allowing them to progressively deepen and sometimes disappear all together. I observed how each client had a personal, unique experience, and that those experiences were all opportunities to experience the “self” as something other than a physical body.

What is Dynamic Stillness?
The wisdom of your body is born of a dynamic stillness, which breathes the rhythmic pulse of life through your whole body as the flow of health.

This rhythm is the matrix that continually distributes original healthy motion throughout the fluids, and orchestrates the subtle movements of the bones, organs glands, and tissues of your whole body as one synchronous unitary motion.

This wholeness is health, and it is characterized as an ebb-tide motion that is both universal and unique to each person. Its patterns hold a record of your individual life-experience and your potential spiritual destiny.

Dynamic Stillness is a deep healing force that creates your body at conception. It infuses in you the awareness of, and connection to the radiant presence of spirit. Awareness of this presence arises out of a direct contact with the dynamic stillness, the creative resource that contains your potential for self-development and impels you to a body-felt connection with wholeness as your true nature.

SESSIONS
Usually, when one makes an appointment for bodywork, one comes hoping “to be made better” in some way. In the work of Dynamic Stillness, though things do happen, there is no expectation. So what can you expect? Ask yourself what might happen if, instead of singing the notes, you sang the spaces between the notes. The practitioner is trained to be both absolutely present with the client and absolutely neutral, to be in the body and beyond form at the same time, knowing that these are not contradictory. The experience is wide open to the unlimited possibility of the healing potential of Dynamic Stillness.